Penn’s logo stakes its claim on a canvas of a million pixels.

The internet is a ruthless place: Twitter wars, harsh memes, and ferocious fights in comment sections are the norm. For four days beginning on April Fool's day in 2017 (and revived for its fifth anniversary at the beginning of this month), Reddit’s r/Place subreddit was the home of much of this intensity. Instead of up– or down–voting one another’s posts, users both cooperated and competed for space on a virtual canvas as part of this online initiative.

The project allows each Reddit user to place a single pixel, of any color they choose, every five minutes on a 1,000– by 1,000–pixel grid. When it began, a million users placed 16 million of these pixels. This year, 72 million pixels were laid down by over 6 million users.

“Back in 2017, which was the first year that they [Reddit] did it, I saw and unfortunately couldn't participate because I was too late,” Henry Ge (E, W ‘24) says. “When I saw that it came back in 2022, I really wanted to do it. I wanted to leave an insignificant but lasting mark on the internet.”

For Henry, r/place is an intriguing social experiment that attempts to see if people can work together to create a cohesive work of art. “To me, it seems very unexpected that people could spontaneously coordinate a piece of art without any central leadership,” he says. As a result, the end product of the project astonished both Henry and the internet at large.

By the time r/place closed for edits, the canvas was decorated with an unfathomable amount of designs, ranging from flags to logos to memes and everything in between. Even on a grand scale, it's incredibly visually intriguing, covered in bright colors and seemingly infinite designs that catch the eye. Spending hours zooming in and out on the canvas will never get boring, as there are images ranging anywhere from just a handful of pixels to thousands in size.

In fact, Henry and many other members of Penn’s very own subreddit spearheaded an effort to create our school’s logo on the canvas, which can be seen now at coordinates 1258, 1806. Based on a post which broke the logo down into its necessary pixels, users began to construct and perfect it. While Henry and his friends coordinated roughly 14 accounts and met in a meeting room to work on the design together, the rest of the Penn subreddit’s effort was decentralized. 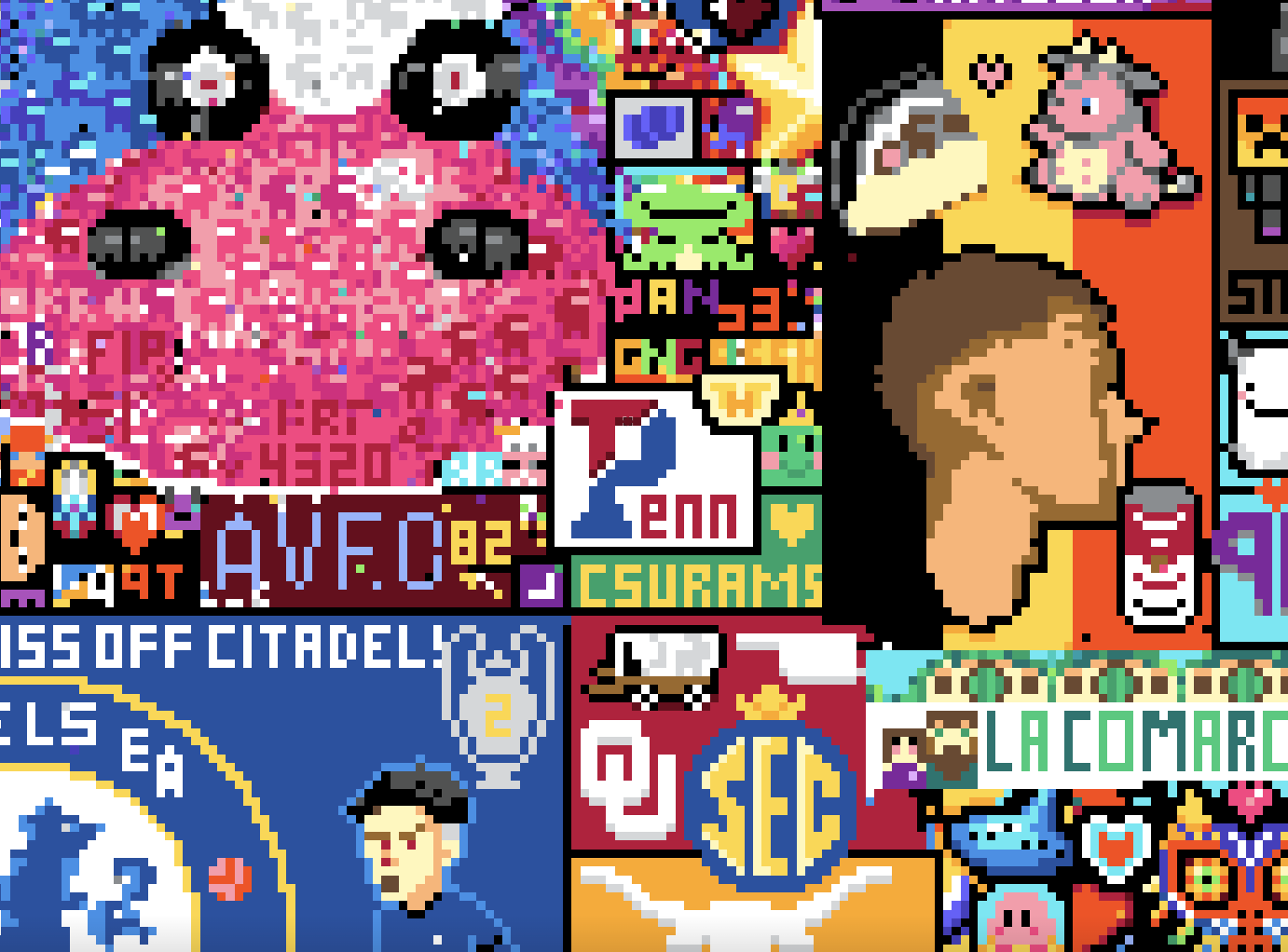 Creating the Penn logo was the easy part, but the real challenge was defending the image all the way through to the end of the project, according to Henry. “The problem with r/place was that even if you put in artwork, if you couldn’t defend it, it would be gone even in a few minutes,” he says. “Keeping the effort was definitely a really interesting experience, just sitting around the computer screen and everyone trying to get the pixels back in their place.”

Luckily, the Penn Reddit community was able to maintain the logo so it can be seen in the final product. Other users weren’t so lucky, including some New York universities like Cornell, whose logo, Henry recalls, got wiped from the canvas by a Twitch streamer in the last few minutes r/place was open. Sometimes vandalism of certain designs took place, with tiny crewmates from the video game Among Us appearing frequently within other images.

r/place is representative of the internet—it's a place full of mayhem and creativity. With various corners representing different communities, whether subscribers to prominent YouTubers, fans of Studio Ghibli’s My Neighbor Totoro, or even students at a university like Penn, the canvas is diverse and teeming with far–reaching self–expression.

The iconic Penn “P” on Reddit’s canvas is an innovative display of school pride. It symbolizes community, exhibited even in the way it was created by a collection of students working together. Its presence commemorates everyone who considers themselves a member of the Penn community, preserving school spirit in an internet artifact that people around the world will scroll through for decades to come.

While there isn’t any news about when r/place might take place again, Henry and internet lovers around the world are itching to see what a new canvas may bring. “I hope they do it again next year,” Henry says.