Hey Ashton, You so Fine

Yes folks, it's Ashton Kutcher, all grown up -- with a beard to prove it. The Butterfly Effect gets its title from the chaos theory premise wherein a butterfly flapping its wings in New York might cause a tsunami in Japan.
January 22, 2004 at 12:00 am

Hello, Is Anyone There?

Beverly Hills, Ca. After talking with the stars of Win a Date with Tad Hamilton for a few seconds, it becomes obvious that they are all perfectly suited to the roles they play in the film.
January 22, 2004 at 12:00 am

Of late we have been approached by many mothers concerned for the state of their children's moral health in light of the tragic lack of Christian values exhibited by our country's majority.
December 4, 2003 at 12:00 am

The cesspool of celebrity

We here at Street care about your moral well-being. We also know that some of you have been sucked way too far into the doomed world of celebrity.
December 4, 2003 at 12:00 am

Unbeknownst to many Penn students, there's a religious concert venue in Philadelphia other than the First Unitarian Church.
December 4, 2003 at 12:00 am

by ISAIAH THE PROPHET

The book of gangsta

Few rappers have the experiences of Paul da Aposta. From his days as a McDonald's fry boy to his current nationwide church tour, Paul is bringing a unique blend of hip-hop to people who see a bit of choirboy in him.
December 4, 2003 at 12:00 am

They say that at the moment a person dies, they lose exactly 21 grams. On a death bed questioning this very phenomenon, begins 21 Grams, the new film by Amores Perros writer Guillermo Arriaga and director Alejandro Gonzalez Inarritu. Originally written in Spanish, but adapted for more exposure and notable English-speaking cast, the film shows the intense few months before and after a deathly accident forces three lives from very different backgrounds to intersect.
November 20, 2003 at 12:00 am

Where Are They Now?

Caroline in the City (1995-1999) ? Caroline Duffy married Del and then tragically lost a limb in a freakish accident involving ink and a spatula. ? Richard Karinsky finally realized he was gay and broke the Duffster's heart for good. ? Del Cassidy was the first to create a "You lost a limb and I no longer love you" greeting card. My So-Called Life (1994-1995) ? Angela Chase finally got a clue. ? Jordan Catalano cut his hair and stopped being hot.
November 20, 2003 at 12:00 am

War in the Ambulance

For many fans, disillusion ensues when their favorite band makes the dreaded jump from an indie to a major record label.
November 20, 2003 at 12:00 am

The Missing 2 of 5 stars Directed by: Ron Howard Starring: Tommy Lee Jones, Cate Blanchett Rated: R Breaking away from his built-for-an-Oscar work on A Beautiful Mind, Ron Howard presents a less commercial, less inspired offering in The Missing. Set in rural New Mexico in the late 19th century, the tedious and thin plot finds Maggie (Cate Blanchett) accepting the help of her estranged father (Tommy Lee Jones) in a heroic hunt for her teenage daughter Lily.
November 20, 2003 at 12:00 am

Earlier this week, Nathaniel Kahn sat down with Street to discuss his new movie, My Architect. My Architect is an emotional and intelligent film dealing with Nathaniel Kahn's loss of his father, famed architect Louis Kahn, a Penn graduate and professor.
November 20, 2003 at 12:00 am

I Want My MTV

No Greatest Hits DVD would be complete without topless female mud-wrestling -- at least that's how English synth-junkies Duran Duran see it. This collection compiles nearly two decades worth of glitz, from 1981's self-titled debut to 1997's Medazzaland. The glam band's biggest success laid in constant MTV rotation, and these music videos emphasize their expert exploitation of the medium. 1980s music specialized in cheesy special effects, synths, heavy beats and weird hair.
November 20, 2003 at 12:00 am

After the Gold Rush

Angie Aparo's got a beef with the record industry. The singer/songwriter -- known for hits "Spaceship" and "Hush" off 2000's The American -- is currently between labels and has been unable to garner radio play.
November 20, 2003 at 12:00 am

In Tupac: Resurrection, the story of late hip-hop artist Tupac Shakur is told viscerally through the use of his own words.
November 13, 2003 at 12:00 am

Faced with slumping sales, the record industry has tried new methods -- like including a bonus CD or DVD with albums -- to provide consumers with incentives to buy rather than download.
November 13, 2003 at 12:00 am

Blink and You'll Miss It

Punk rock is quite an amusing genre, especially because of its fans. They'll support their groups whether the crowds have five people or 100, but once you start inching towards 200, well, you're a sell out. Blink-182 is one of many punk bands who slaved away at making mediocre punk rock before hitting it big with a poppier album.
November 13, 2003 at 12:00 am

We all know her best as troubled youth Jen on Dawson's Creek, and fondly remember her for films such as Dick, Halloween H20, But I'm a Cheerleader and, of course, Lassie. Now Michelle Williams is taking her career to the next level, as she boldly abandons Hollywood (goodbye Lassie) and makes her mark on the independent film industry.
November 13, 2003 at 12:00 am 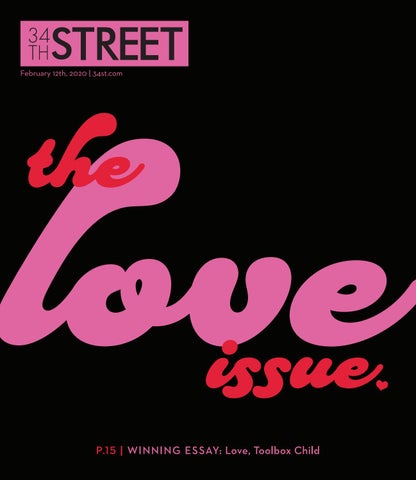